During the weekend, Tim Cook met India Prime Minister Narendra Modi to discuss about plans of manufacturing and retailing in the country. Being the world’s second-largest consumer of smartphone, India has an important role in Tim Cook’s plan for Apple’s growth. 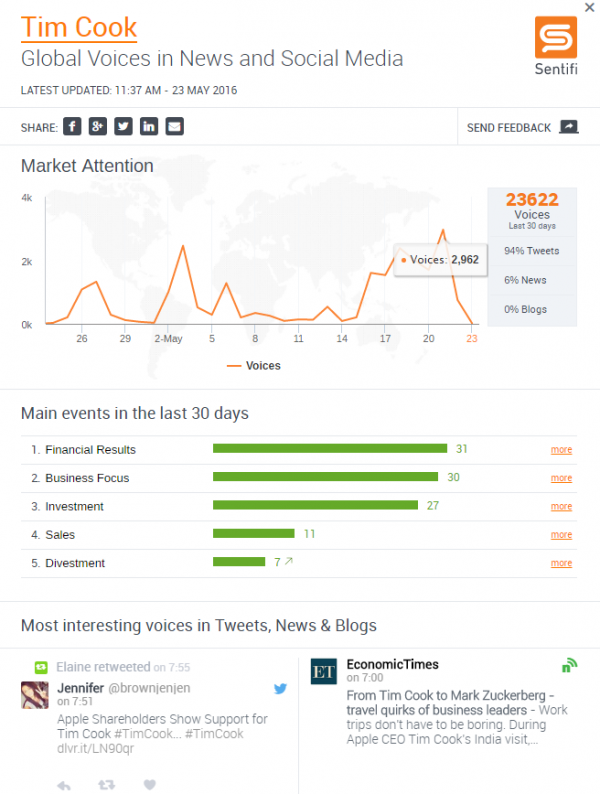 The CEO expressed his faith in Modi’s Make in India campaign, which provides incentives for manufacturers to set up shop in the country. Cook mentioned how Indian tech firms cannot only be a part of Apple’s global supply chain, but be major producers of software applications on Apple’s operating system.  In return, Modi explained his Digital India initiative and sought support from the company in further objectives such as making the Internet accessible to everyone.

On his first full day in India, Tim Cook already revealed his plans to establish an iOS developer center in Bangalore, the home of tech workers and startups in India to push app development for iOS. Along with the Bangalore center, Apple will also open its office in Hyderabad, another tech hub in southern India, to develop mapping services for iPhones and other products. Apple claims that the new facility can create up to 4,000 jobs through partnership with local IT firms.

The purposes of Tim Cook’s visit to India are not strange to the crowd. They all could predict his presence is to open more ways for Apple to tap into this potential market and increase brand awareness for the company.

Even though India is the 3rd largest smart phone market, Apple iPhone has only 2% market share. No wonder Tim Cook is here to change that..

However, according to analysts, Apple still faces many challenges to sell its expensive iPhones to this price-sensitive market. With 2.7% market share in the world’s second largest smartphone market, Apple’s huge barrier is its price. The average cost for an Apple product here is usually more than $500, which is about one-third of what the average India consumer makes in a year.

In order to tackle the pricing obstacle, the company earlier proposed the plan to sell refurbished phones in India. According to IDC, if the plan succeeds, it can help Apple to capture more share in the price conscious market where 85% of smartphones are under $200. However, the government already rejected the proposal. It remains unclear if Apple has any new strategies for this potential market after Cook’s meeting with the prime minister.