Japan May be a Catalyst for a Global Stock Market Crash

The global economy is moving though what can be compared to an asteroid belt — a series of events that can have disastrous and momentous impacts if not handled and navigated carefully. A stock market crash is one of those impacts.

The worst thing about a stock market crash at this moment is not that it is inevitable. The worst thing is that it may already be happening according to data from Trading Economics. 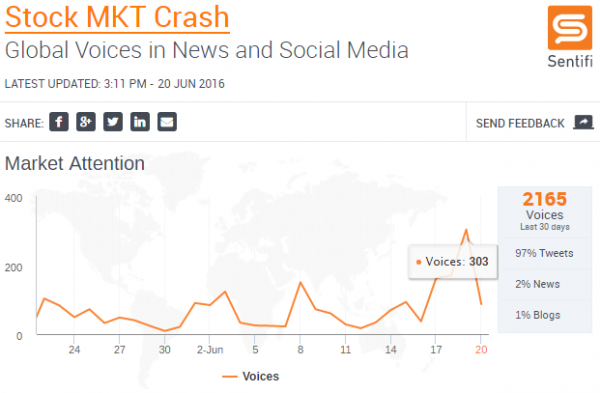 There are six out of eight largest economies in the world that are exhibiting some symptoms of a market crash. They are China, Japan, Germany, the U.K., France and Italy. The basis for the stock market crash is that all of those economies have one thing in common, and that is their stocks have been falling since last June.

It’s a scary sight, without a doubt, to see stocks declining that much across the biggest economies in the world. But to determine the we’re in the middle of a stock market crash, we need more proof. And for that, we have to look to Japan.

Japan is the world’s third largest economy, but that doesn’t mean it has immunity from the global economic slowdown. In fact, it is suffering. To avert the crisis and improve the economy, the Bank of Japan adopted negative interest rate policy (NIRP) for the first very time in the history of the country. The rates are now sitting at -0.1%. Why?

Deposits with the BoJ will require the commercial banks to pay higher fees, and this will push them to lend more money instead of hoarding cash. And more money lent will translate to more money spent. Or at least that’s what the central bank is hoping for.

But the central bank has overlooked one little detail, as such is the case with many central banks when adopting negative interest rates. When the commercial banks are charged with a higher fee for anything, they will try to pass that cost to the customers. That means they will charge the customers more to hold their money. The customers don’t want to pay for a higher fee for the banks to keep their money, so they’d rather keep it themselves.

Eventually this will lead to a decline in customer money in the banks’ vaults, meaning the banks will have less money to lend, and the customers and businesses can’t increase their spending.

Another possible scenario is the banks decide to absorb the fees themselves instead of passing them onto the customers. Doing that usually results in the banks’ revenue taking a hit, which will drive down their stocks. That usually means a stock crash.

Now the picture is complete. Japan may just be the catalyst for a 2016 stock market crash.

Our Brexit live monitor is free and can be embedded on any webpage immediately for your readers to find interesting stories behind the crowd signals. Follow the instructions here and let us know your feedback.