Today on Sentifi’s Brexit Briefing widget, bitcoin has emerged as one of the most talked-about currencies in relation to the Brexit event.

Regarding the uncertainty of the EU referendum outcome on the financial markets, bitcoin is talked about among traders and investors as a safe-haven asset to keep their wealth and savings from the effects of the vote on June 23.

Some voices believe that the surge in price of bitcoin last week was driven by the Brexit.

In a message that we have caught from the buzz among financial market participants on news and social media on June 18, bitcoin is putting alongside with gold as the two assets that can be effectively hedged for Brexit. 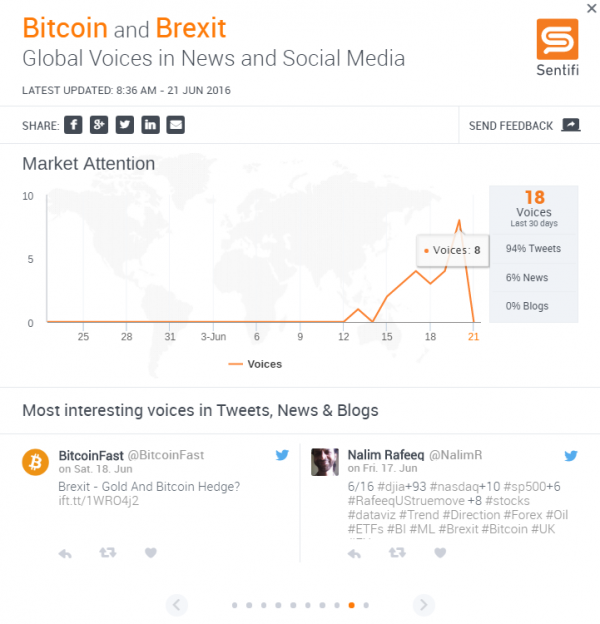 Gold has been long known as a safe-haven asset throughout history. Now it looks like that bitcoin is sharing the same characteristics. 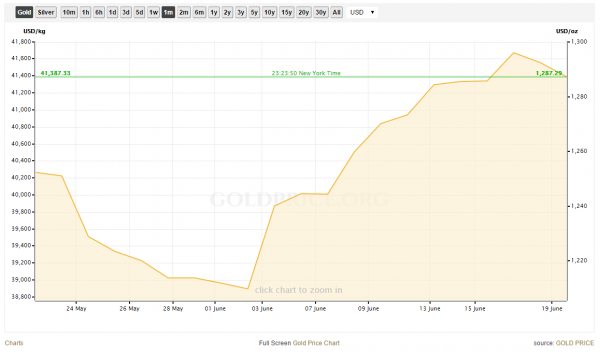 Shortly after the message, on June 20, CNBC has reported an official claim from an ARK Invest’s blockchain analyst and products lead that bitcoin could be regarded as the digital gold. However, there are still some arguments against considering the cryptocurrency as a safe-haven asset due to its volatility.

“Bitcoin is still such a new innovation that the economics of its value aren’t fully understood, and the price looks likely to remain moderately volatile in the medium term,” said Vijay Michalik, research analyst at consultancy Frost & Sullivan to CNBC.

Although it is still questionable to some experts on the referring to bitcoin as a new gold, the financial crowd seems to agree that in case of a Brexit, some cash will go into gold and bitcoin and evidence has shown that both assets see their prices drop as the Brexit fears have loomed for the past days.

The EU referendum will take place on June 23 and the Brexit Briefing still listens to 2.8 million relevant voices in the financial markets to give updates on the most affected economies, stocks, currencies and central banks in relation to Brexit.