A Case against Brexit: How It’s Going to Affect the UK’s Housing Market

We are now officially at the peak of the EU Referendum frenzy, with most minds made up and nervous politicians, Eurocrats and business leaders pacing up and down and wondering what is going to happen.

The biggest issue with the Brexit debate has been the fact that both sides have run a pretty poor campaign, preferring to concentrate on fear and speculation rather than trying to address the real concerns of the general public. Is the general public actually any the wiser about what leaving the EU really means?

The threats and counter-threats have been nothing short of childish, and it is a shame that the most important vote in a generation has been conducted through playground politics.

I make no secret of the fact that I am in the Remain camp, but Osborne’s latest move to threaten a harsh emergency budget if there is a Brexit seems to be nothing much short of bribery and desperation, which leaves a funny taste in the mouth.

The reality is that we are in unchartered waters and no one really knows what will ultimately happen if we stay or leave. All we do know is that markets do not like uncertainty, and whilst in the long term we may ultimately be in a better place either way, the short-term uncertainty following a Brexit will probably have a marked effect on the interest rates, the housing market and the economy in general.

For those that think an exit may “cure” the housing crises, this again is far too simplistic. Whilst a positive Remain vote will reassure buyers and may lead to a post-referendum housing bounce, there is also an argument that following a Leave victory, the fall in the value of the pound will encourage foreign buyers once more to invest in London property and a potential immediate cut in the interest rates will assist other buyers.

In other words, a positive result either way could still be a boon for the housing market.

The real issue with a Leave vote in our market is how much it will effect lenders’ lines of credit, with some predicting that the availability and the cost of funds will increase making mortgage finance more expensive. We have seen the effect of these types of issues before, and I for one have no wish to see that again.

There is also the question of whether having to rely on more expensive British labour will increase the cost of basic goods and services which could mean that the interest rates will have to increase faster and further to keep inflation in check as well as protect the pound.

The truth of the matter is probably somewhere in between, and either way the property market has always proved to be remarkably resilient in the past.

My gut reaction is that whatever the polls say, like the Scottish Referendum previously, the silent majority would rather not go through another two years or so of uncertainty and will vote to remain; it will be close however. The Scots saw a future gleaming with the profits of North Sea Oil, and we all know what happened next there.

The point is that those that blindly think a Brexit will be a glorious panacea for all the ills we face at the moment are sadly mistaken. The reality is immigration brings enormous benefits, both culturally and economically. Being at the centre of Europe, whether it is functioning properly or not, gives us a chance to shape and curb the more outrageous policies. Europe without the U.K. frightens me an awful lot more.

For me, this is a head vs heart decision. I am fiercely patriotic and was cynical on Europe from the start, but the head knows that we are now deeply ingrained, and to extricate ourselves from it now in an already uncertain world will cause too many issues.

I hope I am wrong, but either way I know our mortgage industry will survive, and we should all make the best of whichever way the vote goes. 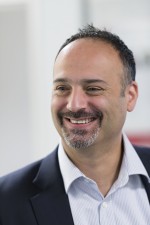 Andrew Montlake started in the mortgage industry in 1994 and was one of the main founders of Coreco in 2009, where he is the director responsible for brand, marketing and communications as well as looking after all lender liaison. As Coreco’s media spokesperson, Montlake can often be seen or heard on BBC TV & Radio or Sky News as well as regularly commenting in the national, local and trade press.

More commonly known as “Monty” he is the author of a highly acclaimed Mortgage Blog and writes the Market Watch column in Mortgage Strategy. Montlake is also a proud board member of the Association of Mortgage Intermediaries, (AMI) working to “promote the provision of good advice as an essential part of a healthy market for mortgages” and as a cheerleader for the mortgage industry as a whole. Montlake continues to work at the coal face, write mortgage business and advise clients. He can be reached via Twitter at @montysblog.